Is internationally renowned as a leading expert in Functional Medicine. He holds consultations in London where he uses a sophisticated Functional Medicine approach to both treat his patient's complaints and prevent chronic degenerative diseases or future ailments.

Doctor Mouton lectures on a diverse range of medical subjects to health care professionals worldwide. His lectures, articles and abstracts are all freely accessible here on the Health Clinic website.

Doctor Mouton is the author of "Les méthodes du Docteur Mouton" (The Methods of Doctor Mouton), published in 2002. In this book, he shares 20 years of experience in training and treating amateur and professional sports people. His second book, "Ecosystème intestinal & santé optimale" (Intestinal ecosystem and optimal health) was first published in 2004, and re-printed in 2005, 2007, 2010, and 2013. In this rigorously referenced work, Dr Mouton offers a comprehensive scientific exploration of the interconnected relationships between intestinal function / dysfunction and general health, which represents a classic pillar of Functional Medicine.

A third book has been published in 2014, in French and then in English, under the title: "Introduction to Functional Medicine", based on Doctor Mouton's blogs that also appear on this website (click "blogs"). 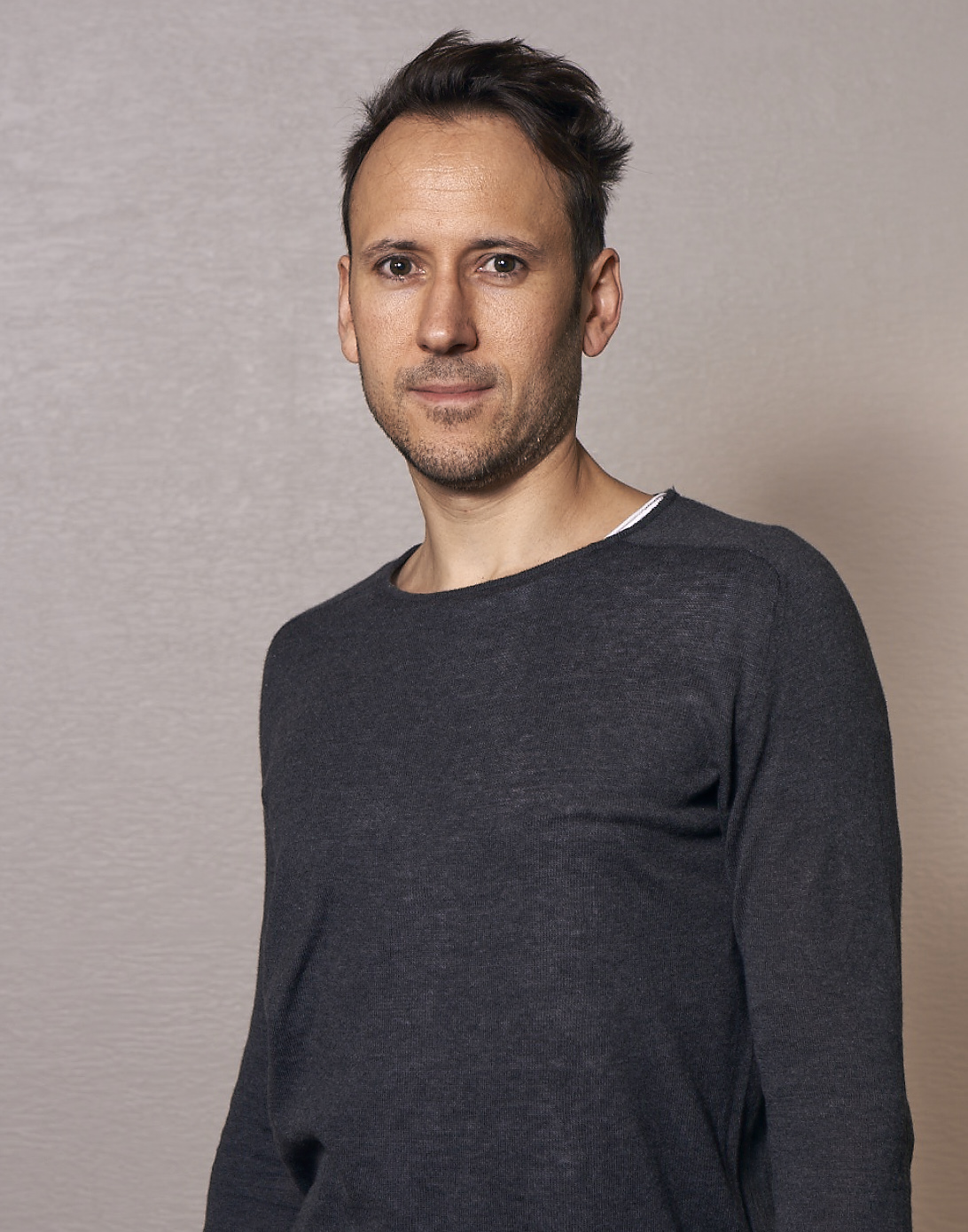 Glen has run successful clinics across the UK for over a decade. He lectures, provides consultancy services and has spent time working in research. Glen features widely in the media, with numerous forays into television and radio, alongside writing for a number of publications, including The Times. He is co-founder and director of the pioneering health blog <aidangoggins> and is an expert blogger for The Huffington Post and is recognized as one of the top influencers in the UK food industry.

His extensive training and diverse experience put Glen in a unique position to offer highly effective expert nutritional advice. Glen focuses on the importance of taking an individualised approach to promote optimal health, focusing on the underlying causes of any health problems, rather than just the symptoms. He collaborates closely with medical doctors, attracts clients from all over the world, and works with a number of celebrities.

Glen is an award-winning and bestselling author, his first book The 100 Foods You Should Be Eating was published in 2009 and has subsequently been translated into numerous languages around the world. His second book The Health Delusion was published in 2012 and was recently awarded the prestigious Medical Journalists' Association award for best consumer health book of the year.

To book an appointment, you can send an email to [email protected].

The Health Clinic’s expert exercise specialist John Shirley provides individually tailored therapeutic exercise programs for Dr Mouton’s patients. John is a highly accomplished, and experienced strength and conditioning coach, personal trainer and sports massage therapist. He has an extensive background in each of these areas having certified with the world-renowned National Strength & Conditioning Association, the Poliquin International Certification Program, the Raworth International College of Complementary Therapies and the C.H.E.K Institute of 'Corrective Holistic Exercise Kinesiology'.

John has positioned himself at the forefront of the UK fitness-training arena since establishing his personal training company ‘Kinetic Personal Training’ in late 2005, receiving glowing endorsements from his clients in both the national television and sporting magazine media. Clients have come to him in every shape, size and ability from all walks of life and he has worked extensively with elite-level athletes in a variety of sports - including Olympic squad Snowboarders, international track and field athletes, racing drivers, rugby players, rowers and endurance athletes.

A graduate from the university of Edinburgh, John actually began his career as a practicing Veterinary Surgeon! His decision to change career direction was driven by a change in desire to work instead within a health and fitness performance based field - a natural progression he considers following his formative years as a competitive athlete and national junior (Shukokai) Karate champion. He has found the career transition to be immensely enjoyable, and his enthusiasm is always reflected in his dedication, skills and attention to detail with his clients.

John has a very keen interest in functional medicine and remains committed to being at the cutting-edge of developments in the sphere of exercise, health and sport therapies. His individually tailored holistic approach to exercise therapy perfectly complements Dr Mouton’s treatment programs.

Some of you will surely be wondering what is behind this new name of ‘Functional Medicine’; why invent a new way to treat when for quite some time we have already known about nutritional medicine and anti-ageing medicine? Raising the question is, to some extent, to answer it.

Nutritional medicine has its limits, as no matter how hard we try, we cannot solve everything with food, or with micronutrients alone. Anti-ageing medicine relies heavily on hormone therapy and goes beyond the objectives of Functional Medicine, which is restoration of the physiologic state (according to age and sex) without any risk to the patient. This results from the fact that the balance of the body reflects millions of years of human evolution. Ignoring these physiologic norms means that practitioners always run the risk of playing the sorcerer’s apprentice.

Even if the use of hormones is based on logical objectives, by going further and targeting what is beyond the normal human physiological state, do we really know of the long-term effects of such treatment over decades? Considering the immense complexity inherent in living organisms, it is not difficult to envisage how changing the rules of the game may cause unintended consequences or adverse effects, misgivings that simply don't apply to Functional Medicine because of its underlying principles and approach.

It is a lot more reassuring to end once and for all the barrage of criticism and controversy that impede anti-ageing medicine and to study in great detail the status of the patient with all the necessary biological tests (blood, urine, saliva, stools). Once we better understand the patient's status in such a clear way, we 'simply' focus all efforts on restoring normality, as it is within this equilibrium that we can guarantee the safety of patients. Functional medicine aims to do this through all available natural methods.

In this search, one can obviously be led to identify optimal reference values instead of purely statistical norms (the famous Gaussian bell shaped curves or U-shaped or J-shaped relationships, provide proof that the middle of the curve doesn’t always constitute the optimum). Most of the time, however, it will just bring back settings to the middle. This is not an easy task and the means to get there are often very complex and sophisticated: promoting healthy lifestyle changes, dietary modifications, the use of nutritional supplements, and re-establishing hormone balance (but only with natural and/or bio-identical molecules, and according to the norms appropriate to age and sex).

Achieving this balance takes time, financial costs (because alas, only the "chemical" is covered by our governments) and unfailing motivation. This last one applies not only to the patient but also to the practitioner: Functional Medicine is not an easy medicine and those looking for miraculous solutions will not find them. However it is an ambitious medicine that targets more than the relief of the patient’s complaints. Obtaining optimal physiologic balance leads ipso facto to a powerful preventive approach, especially with regard to the plethora of chronic degenerative diseases that are affecting us more and more.

Initially, the patient is looking for a lasting solution to their problem by treating the cause rather than a purely symptomatic approach. At the conclusion, the patients should find themselves with an unforeseen “side-effect”: they are going to stay healthy, and with proper monitoring, should stay that way for a very long time.

Such goals may make you rather perplexed… So let’s dig deeper. Let’s start with the “official” definition given by The Institute of Functional Medicine or IFM, based in Washington, considered the benchmark in this field: “Functional Medicine addresses the underlying causes of disease, using a systems-oriented approach and engaging both patient and practitioner in a therapeutic partnership”. As I said, expect “sweat” and “tears”, but it is really about tackling the problem head on, and not just performing a 'show' based on superficial measures that do not deal with the underlying dysfunctions!

Secondly, “It is not the case to heal an illness but to heal the patient”. The concept of disease is totally rewritten. There are no two identical diseases because each patient is different and will suffer in their own way for different reasons. In many cases it is not even a question of disease but rather a series of imbalances that cause the patient to consult the practitioner when they are not –strictly speaking- sick. This is the best time to intervene as the disease could occur at any time: let’s correct the causes while there is still time.

Functional Medicine does not care about labels: “IBS, chronic fatigue, fibromyalgia”. In fact, come to think of it, what do these fancy names really mean? A simple definition of the patient’s complaints allowing them to be neatly labelled and filed away because we don’t know what medicine to prescribe for it! In the long run, it is not really a matter of whether or not to prescribe a chemical product foreign to the body that matters most. What’s more critical is to fully comprehend what is not functioning properly. I recall from my University training where my professors used to label certain difficult cases to cure as functional. A more adequate term would have been to name them dysfunctional.

The Functional Medicine approach is holistic, that is to say, it is for the whole body. One of the major problems of modern medicine comes from the lack of communication between the various specialties that are distributed according to the organs of the human body, essentially on an anatomical basis (sometimes also according to a function, but then only one at a time). These specialists have a tremendous knowledge concerning matters in their own specialty, but what about links to other organs? They are not that interested in these inter-connections!

Coming from a first medical career oriented towards the monitoring of athletes, this way of treatment - invented by the Americans about twenty years ago – let’s give them credit – immediately captivated me. Functional Medicine attaches enormous importance to digestive health, the famous intestinal ecosystem, the functioning of which affects athletic performance, both in terms of quality and in duration. When I saw that Functional Medicine started from the principle that everything depends upon a properly working digestive system (we must pay tribute to Jeffrey Bland and his pioneering work since 1990), I knew this was the right way to proceed.

What needs to happen now is to make Functional Medicine better known and to get an ever-increasing number of general practitioners (GPs) adhering to the concepts.

Cookies facilitate the provision of our services. By using our services, you agree that we use cookies.
More info

Your appointment request has been saved and sent to the secretariat

You will receive a booking confirmation email when your request is processed by our secretariat.

Thank you for your confidence.

An error occured. This apointment request cannot be saved and processed.

Thank you for your confidence.